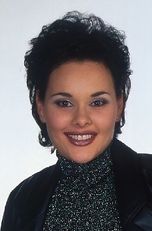 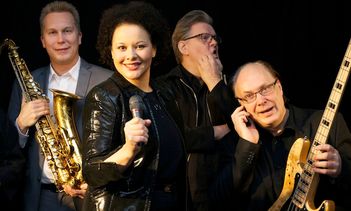 See and hear the band live on our site here, click the navigation bar Video !

"Our Party-Funky Party" with Bianca Morales & The New F.F. Band, performig original Funk, Pop and Jazz music with a twist of soul and R n B. This is real groovy music for groovy people!

Bianca´s hits such as Our Party, Get Up and Dance, It's The Funky Music, Angel Jane and Real Life bring back the good memories of the 80´s. Funk, Pop and groovy jazz tunes will surely lure the people from the bar to the dance floor.

Bianca Morales is a renown Finnish-Afro Cuban recording and performing jazz vocalist and composer, who tours regurlarly in Finland and abroad. Some members of The New F.F. Band are original musicians both from the album ”Our Party” and the touring band from the mid 80´s. Our Party album on iTunes and Our Party on Spotify. Bianca was well-established after Bianca Morales & The F.F. Band won the MTV 3’s (one of Finland’s main national TV channels) Spring Tune Contest in 1984 with an original composition that Bianca co-wrote, a reggae tune titled “Our Party.”

Happy jazz and latin standards and originals. At our Swinging Fun Jazz Parties You have The license to sing and dance! 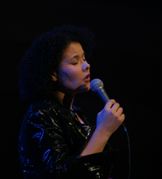 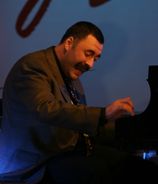